Note: This post was written back in September of 2009 to commemorator the passing of our German Shorthaired Pointer.  Yesterday (March 6, 2011) we picked up a 13 month old German Wirehaired Pointer named Beau, the start of a new era. I think I must be crazy to have brought in another pointer to our home…

On June 30 2009 we said our final goodbye to Mocha here at the house. I wanted to share some classic photos of her life that extended to 16yrs 8months.  Wow, what a long existence. There will never be another one like her…

She was born October 31, 1992 in Milwaukie Oregon. We picked her up in late January 1993. Chloe was not impressed with the new house member.

She always loved to look out the dining room window. (1999) 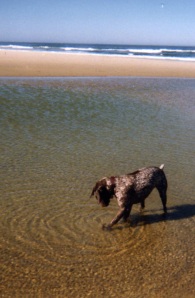 Sleeping in the cat bed. 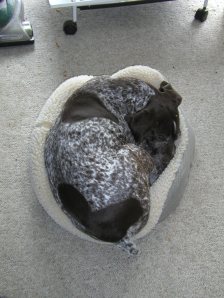 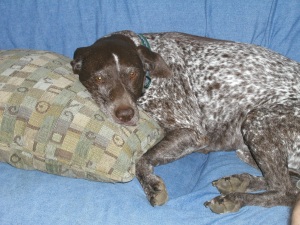 2 thoughts on “The Mocha Era”