After an artist friend died in January, a group of her friends gathered to put together a special book for her family. I took on the job of creating a box to house the book. I’m not a box maker but have dabbled in putting together some pyramid box forms as gifts for family.  So how difficult could it be? Tougher than I first thought! Originally I thought of a clam shell design, but that stretched resources. I only wanted to utilize what I had in the studio, which seemed like plenty except for book cloth. The finished box is covered in bamboo paper and three colors of book cloth. The clasp is made from a plum branch with copper wire and black elastic to loop over the wood.  It took me over a month to create due to several illnesses and other art obligations. Finished exterior dimensions: 16.75″x 12.5″x 3.25″

Here are the images of it’s progression:

Creating the book box using scraps of museum board. Next time I’ll use a heavier board for more stability. This image was taken before the design change.

After adding one additional wall, the sides were covered with a bamboo paper. 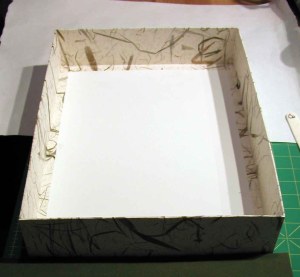 A bottom insert was created and covered with book cloth and glued into place. 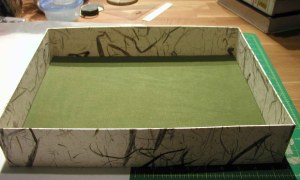 Front/ back flaps plus spine. I used Binder board for this part.

After cutting the spine and covers I forgot the order of the steps to follow. For some reason I hinged the three parts together with book cloth. Humm, probably should have covered the flaps prior to that step.  The thing that caused the most problem was the coloration of the binder board showing through the thin green Thai Unryu paper. When attached, the glue and binder board DID show through. Change in plans yet again. This was when I decided to cover the green paper with the remaining bamboo from the interior. It ended up being a good choice, well, interesting at least! 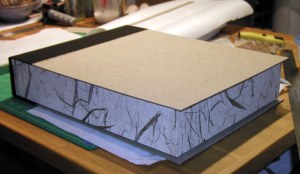 Here is the finished box 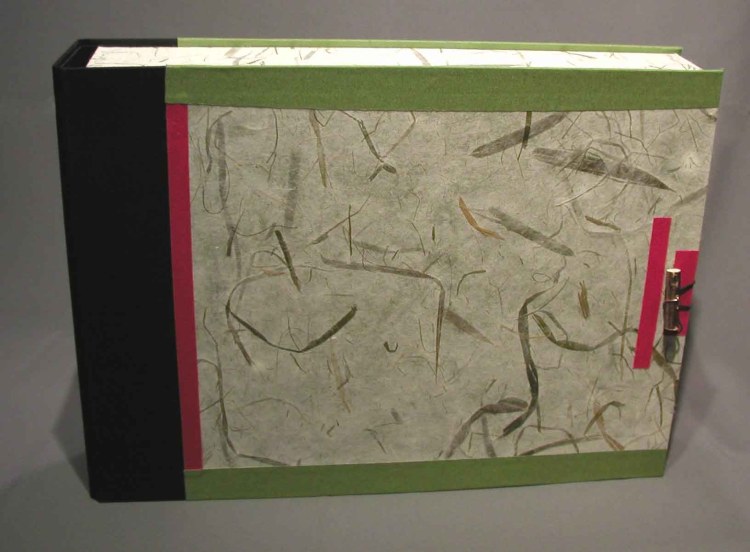 I discovered the cloth stretched when wet with glue. Lost my straight green edge in the image above. 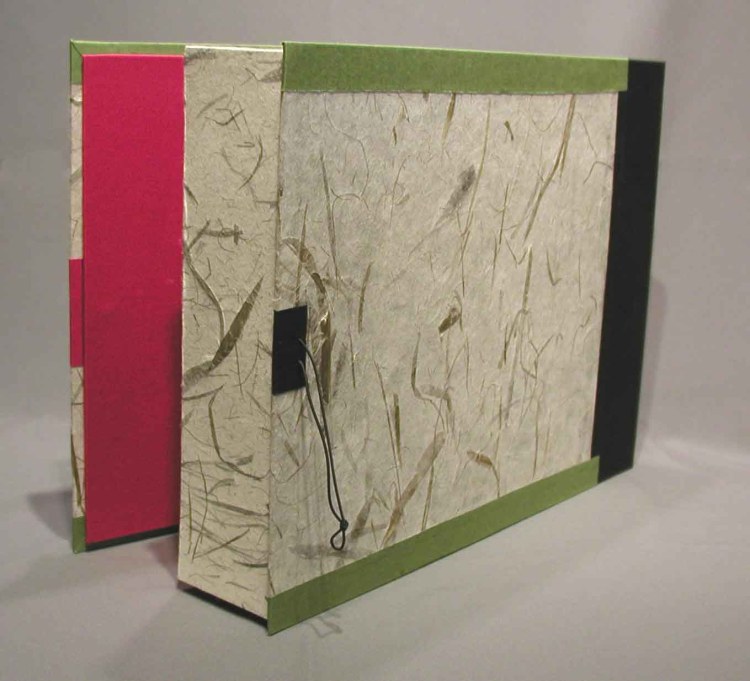 By wrapping book cloth over the edges that will come in contact with the elastic, I hope to lessen the wear on the box. 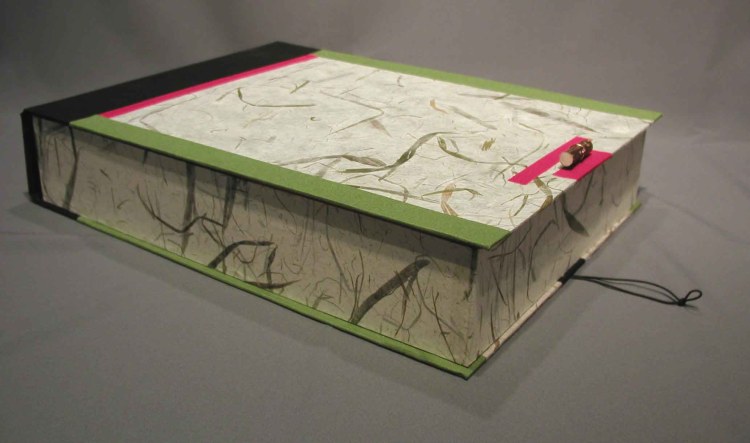 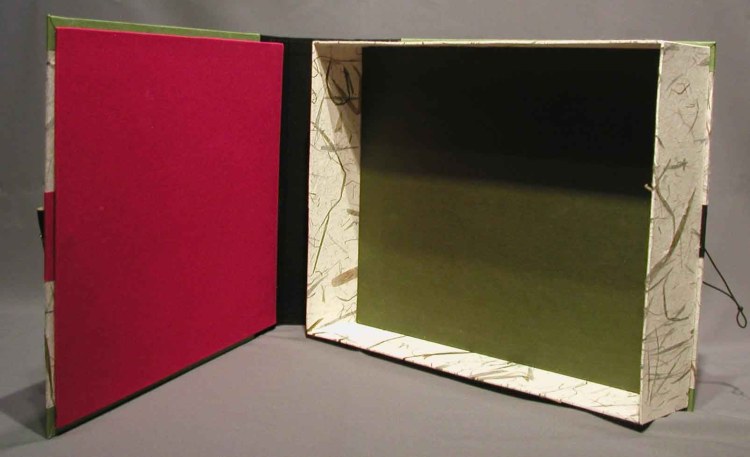 Thanks for looking at my box experiment! Not certain I’ll be attempting that one again.