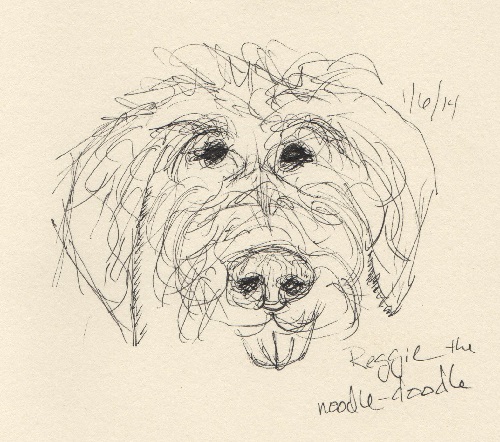 I now know why I don’t sketch around the house. Both doodles and Moby work hard at trying to remove pen and sketchbook from my grasp. Moby was overly enthusiastic today, jumping up and placing his paws on my chest. Reggie was trying to shove his ball on the sketchbook. Hint hint!  I guess the hour of ball play didn’t make a dent in their energy level. This was a super duper quickie of an enthusiastic Reggie. Can you tell he needs a haircut?