Not quite what most people think of for Boxing Day, but this has been the main box in my life right now. 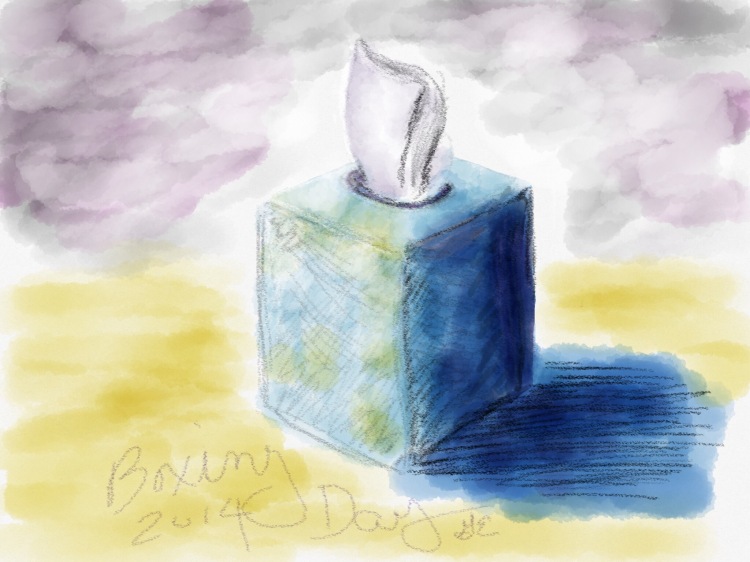 Yes, it’s a tissue box and almost empty. I’ve been ill for over a week, high temp and a massive goober-snot factory. Fortunately I received a good piece of entertainment for Christmas. I’ve finally advanced into the iPad world and downloaded a drawing app, not to mention the WordPress app too! So, I’ve become more mobile. A good thing? Hopefully. The program used was called “Sketches”. There are multiple tools and color selections available. I’m only using the free version. Not certain if I will ever advance to needing the pro version. Anyway it’s certainly proving to be rather entertaining.

Today, Saturday, I seem to be almost ready to go back out into the world. Head and chest are loaded with crud, but the body temperature remains normal. I might even join a family holiday party in Eugene…. But I’ll avoid visiting Tom at the hospital. He has moved back into the rehabilitation center Wednesday after a week of testing in the main hospital. Nothing ever was discovered from the visit (except for pneumonia which is receiving treatment). No word on what the EEG revealed. We probably won’t ever find out. Next week will be filled with many more hours in Eugene.

Hopefully you all had a wonderful holiday with loved ones.
😃