While visiting the Koke’e State Park, we decided to take advantage of our Jeep rental and a new map with directions to trail heads. After rocking and rolling over some rough road (whacking the head a couple of times on the door), and back tracking a few times, we arrived. Or was it really the place? Our map mentioned that it might not be kept up. Humm… that was probably the first warning we should have heeded, but the adventure was there!

We set off on a “trail” and had to pass through some obstacles. There was the dam/spillway over the stream, the fallen trees to maneuver through, and then the muddy slope with no hand holds. After a couple of attempts up the overly steep slope, the group turned around. There had to be another route to the destination. The next photos are from the descent back down the trail. 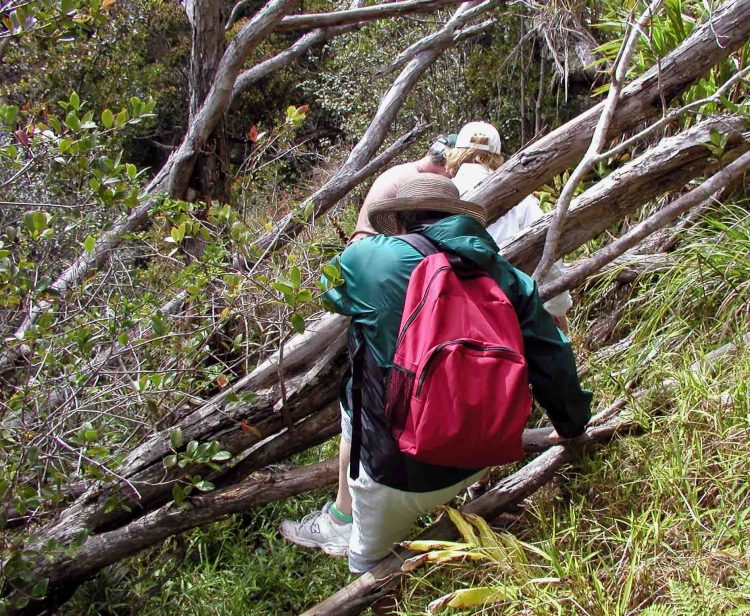 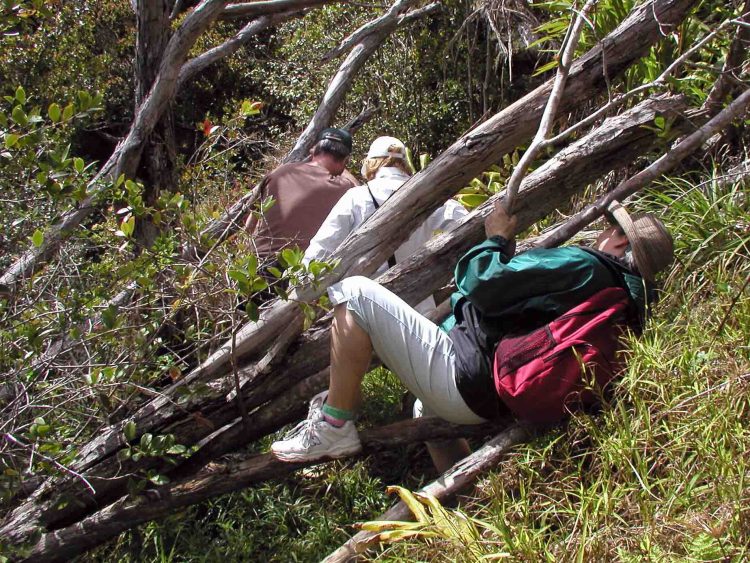 Shannon wasn’t thrilled about crossing the spillway, but she made it. Kind of hard to trust rotting boards.

Upstream from the spillway we discovered a picturesque area.

Kim in a happy spot! 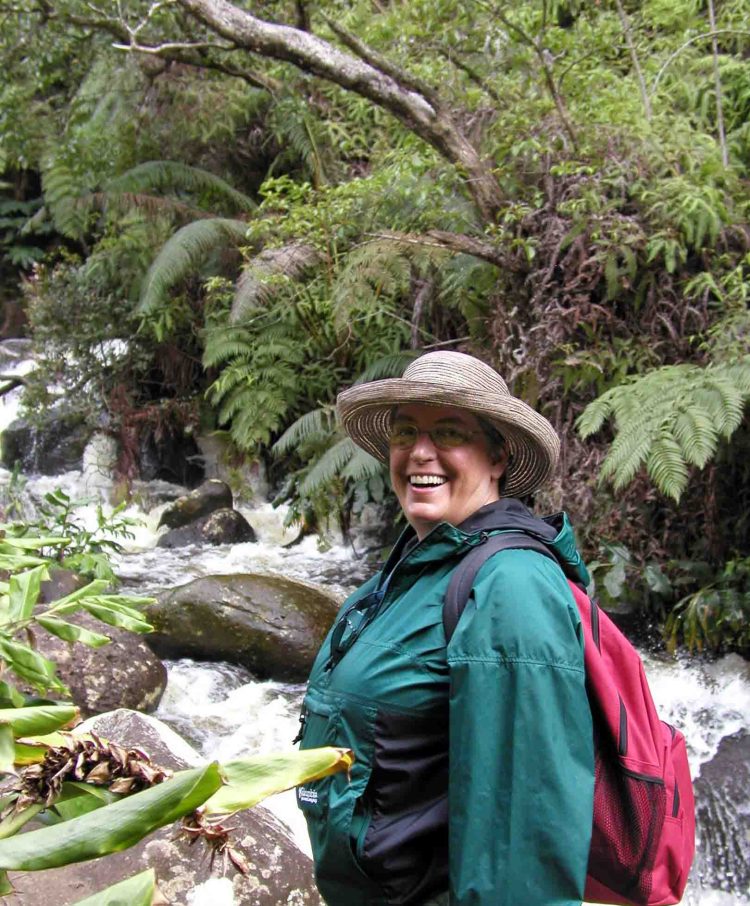 A couple of photos of plants. Not certain what they were.

If we had traveled down the road farther we might have arrived at the correct trail. Truthfully, I don’t even know what trail we were going for. At least we had fun exploring! 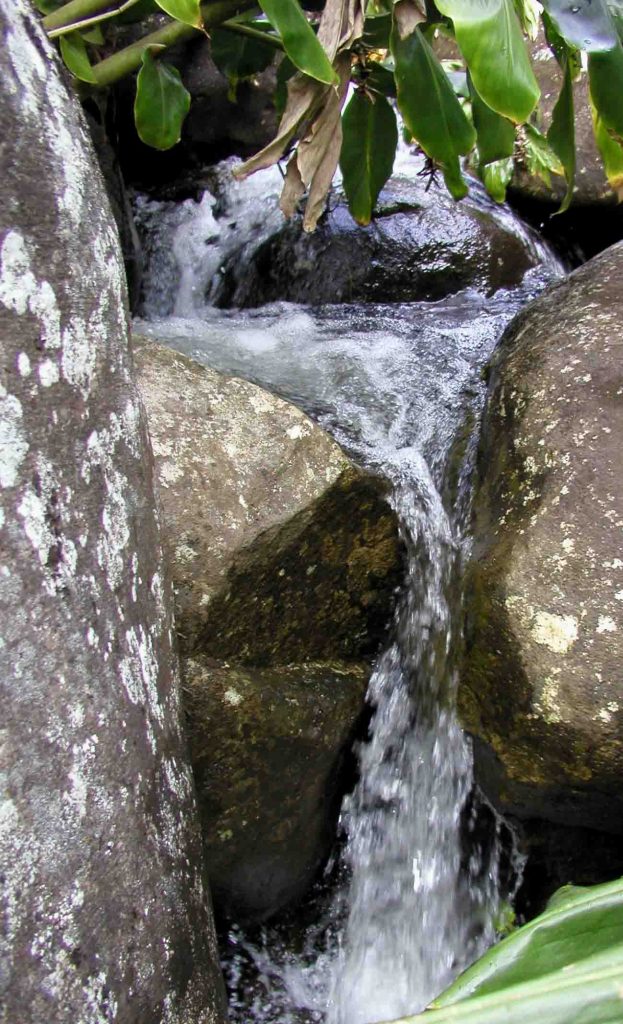 Next posting: “Something Fowl on this island…”

2 thoughts on “Kauai Trip: the hike to nowhere”