Even before taking off to the Arts Center, I had to snap one photo of all the vultures in the back field. Grass seed farmers were cutting crops today which stirs up a great commotion in the avian world. I counted over 20 turkey vultures, 3 red tailed hawks and one immature bald eagle getting ready to enjoy the bounty of the grass reaper. In the below photo  there are only 7 vultures visibly soaring. Our Umbrella Cockatoo was very upset by the raptors! Screamed all morning til covered! 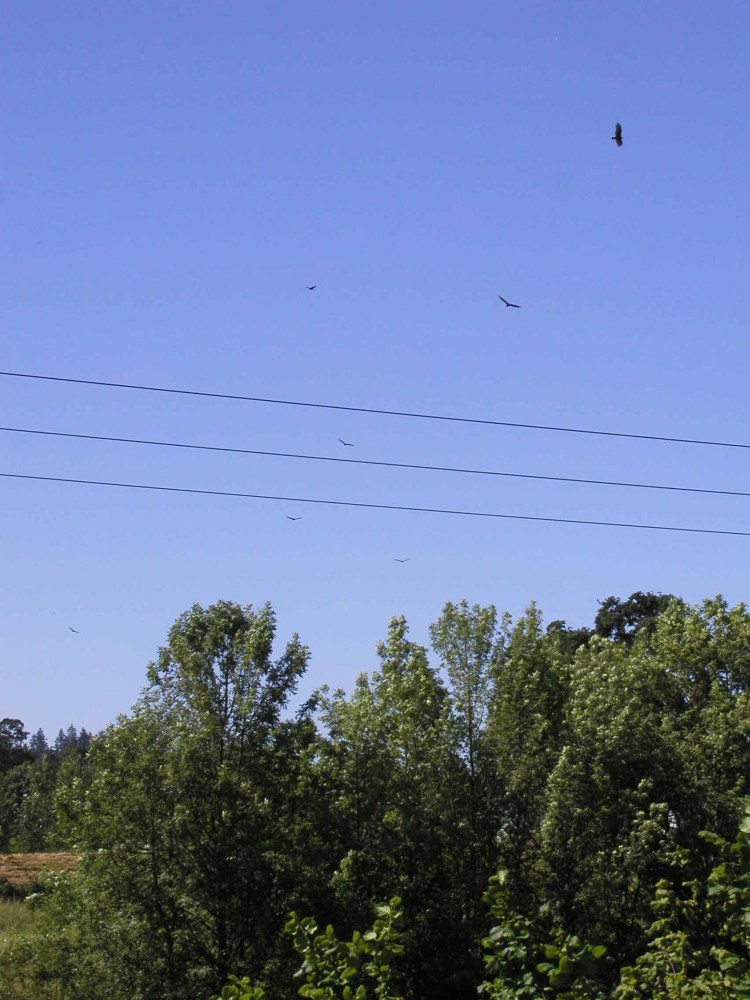 Day 3 felt like we had more visitors, or maybe they were just more talkative.  Elaine starts her day off with a blind contour drawing of a different section of the gallery space. Today she had moved to my zone.

Later in the day she was hard at work on a charcoal drawing.

Kendal Hathaway worked on a large design today. Typically her work is fairly small and easy to manage, but given this opportunity she is going BIG! Can’t wait to see her progression! 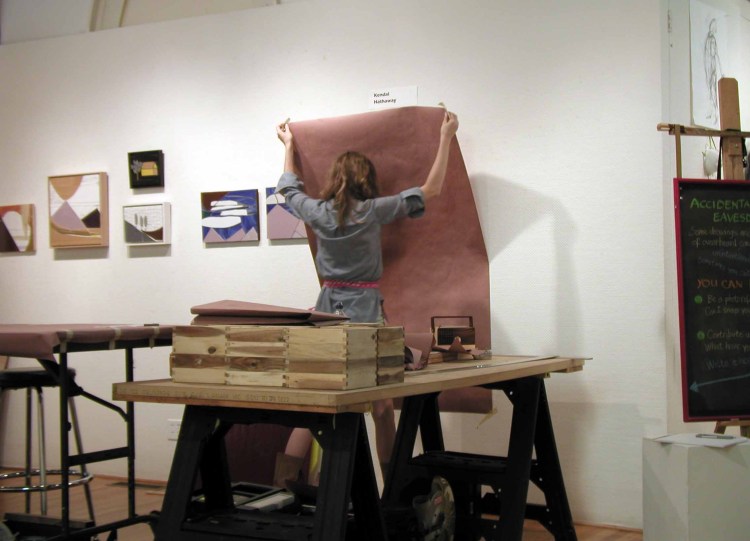 Julia Lont got right down to business after arriving. One of her projects involves a strong chemical so she was in and out of the building due to extra ventilation requirements. I think she is using  Xylene as part of her photo transfer method. 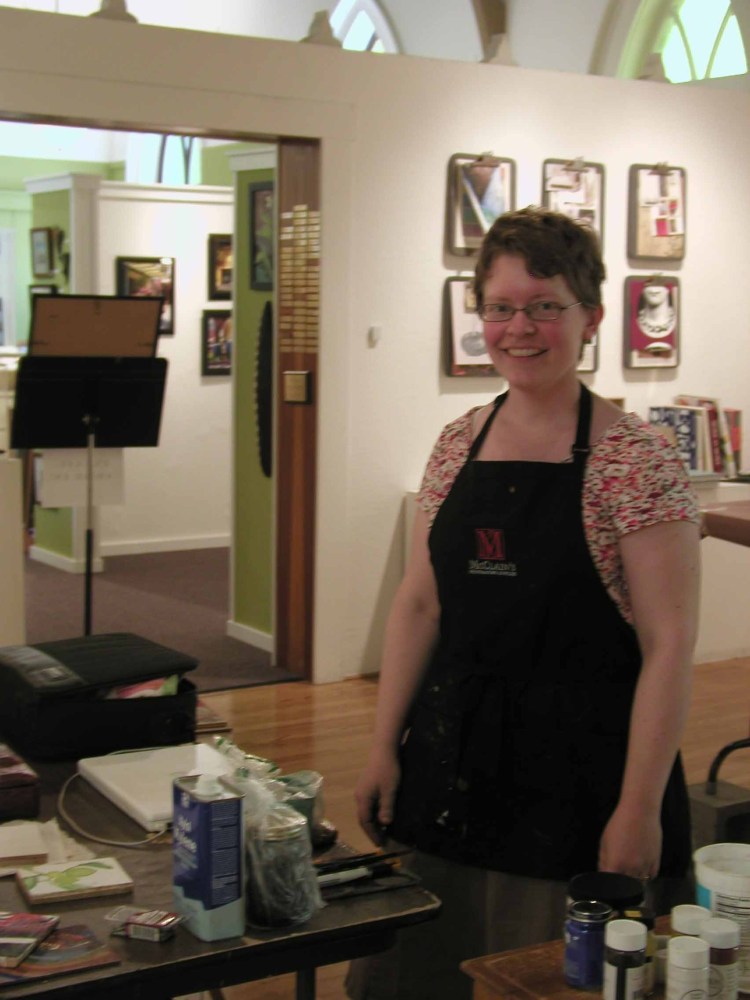 Julia working on her computer images later in the day.

Finally, images of Julia’s ongoing project.  She had her first outside participant today! Hurray!!! 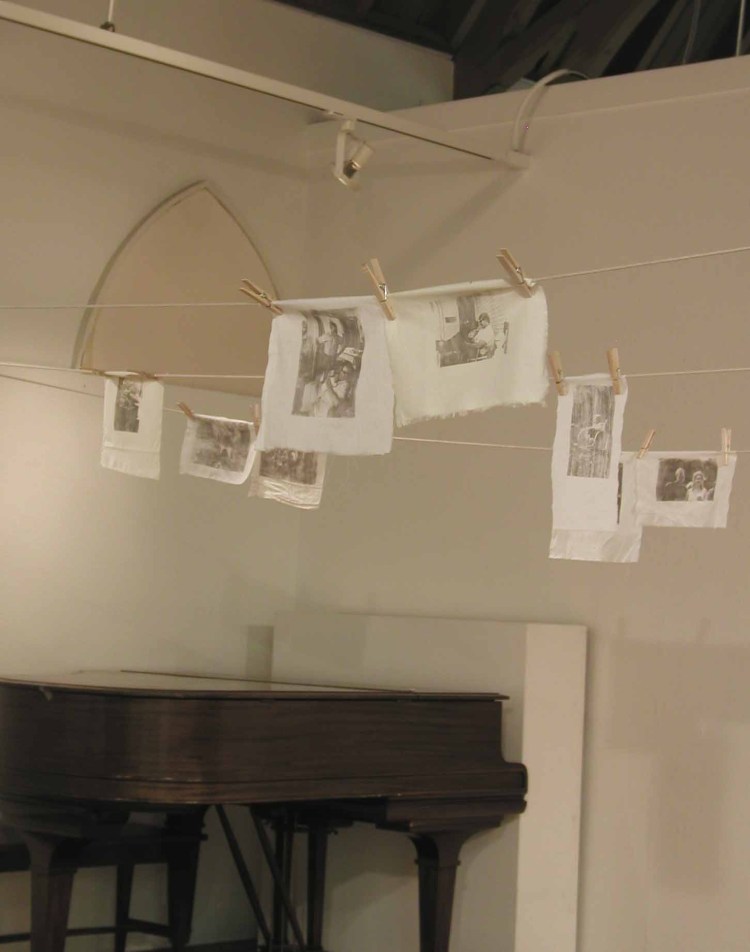 Ok, on to growing creation! 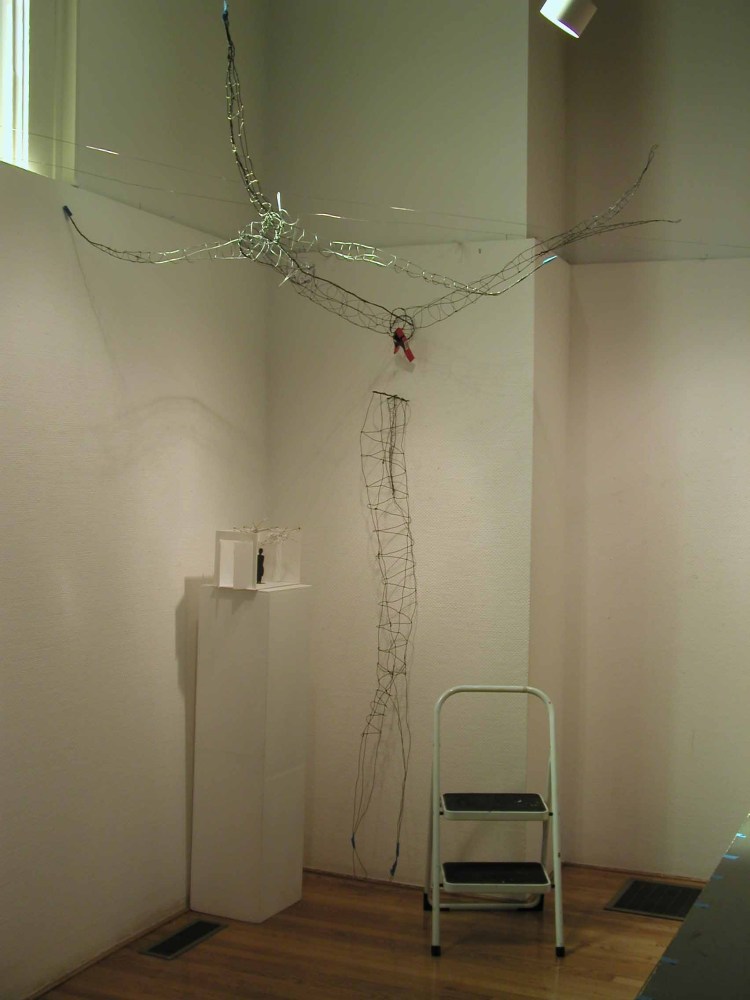 In the first image the initial branch grew an extra branching limb towards the wall. The following photos are of a new main branch that splits. I have it hanging on the wall so a photo could be taken. Felt pretty good about today’s progress. Tomorrow we have the open house at 5:30-7:30.

The below image is of the rest of my wall space. I brought in a few more items that reside around my studio for inspiration. Everyone else has had their “studio space” so full and my space has been… well, minimalist. It’s still feeling that way, but with a few more items of influence. In my smaller studio at home I utilize numerous cork boards to pin up potential ideas, prints in different stages and commission work scheduled. There are also 3 or four large bins filled with ash & oak tree leaves, wasp nests and dried daffodil leaves. To represent these elements I placed a basket containing ash tree leaves on the stand. Also a cow vertebrae, deer antler, fir cones, and a lidded glass jar containing seeds, rocks, shells and a squirrel tail (one the cats left behind) rest on a separate stand.  All great influences in my work. A few cards reside on another stand for sale.

Hopefully my fingertips will forgive me by tomorrow morning. They received a bit more torture from working with a lot of 16 gauge wire today. Gloves change tomorrow for something less smelly and potentially softer!